LUGHNASA IN THE SHIRE 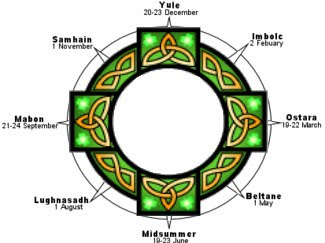 Drove up to the Berkshires yesterday to arrive in time for a party to celebrate the birthday of a friend of my older son, Miles, and my daughter-in-law's. I kept it to myself that it was what was known in the ancient Celtic world as The Feast of Lughnasa, celebrated either on August 1st or the first Sunday in August, both of which were yesterday so the Celts would have been united in their partying this year.

It was a typical Berkshire fest in many ways. Miles and the new band he's playing bass in, Bell Engine, performed at the party. The weather was threatening (when my youngest and I left Jersey a storm and flood warning had just ended along with a fierce downpour) but the band set up in one of those roofed and wooden floored I-can't remember-what-they-call-them (the brain op recovery thing I guess because I know I used to know the name for those old fashioned little covered places in backyards) so they didn't have to worry about electrocution when the rain started.

And the food table, overflowing with potluck homemade deliciousness, was under a little tent-like roof held up by four metal poles so people could duck under there for a drink or a bite and hang around without getting wet, though the rain was mostly light enough that you could stand in it and feel, at least for me, like you were out on a typical Irish "soft" summer day, as they say, of mistiness and rain so light the natives refer to it as "soft" in their poetic way.

But you could tell it was the Berkshires as I ate some curried tempeh and watched and listened and occasionally danced with strong young women with dancers' and hikers' bodies and "Mr. Mom" husbands, in some cases, or histories of multiple partners in some other cases, like me, but most obviously in the conversations as when I overheard two women opting for the organic locally made coconut lactose-free ice cream while one told of going Blueberry picking that morning somewhere that sounded like "Windblown Hill" where she'd collected seventeen buckets full and was planning on baking some blueberry pies the next day I hoped I'd get a piece of.

The music was lovely, and all original—except for a few covers like John Lennon's "We All Shine On"—and inspiring. After which Miles and the drummer and one of the guitar players, with the host of our party playing hand drums, got into a solid funk groove that continued for another few hours and had a bunch of us moving our bodies to the grooves.

My twelve-year-old and his nephew, my soon-to-be-twelve-year-old grandson, spent the several hours we were there from afternoon well into the night mostly bouncing on a trampoline doing' flips and spins and skateboard tricks without the boards with the kind of nonstop outdoor energy I read is rare for most kids these days but thankfully not for mine.

I went the entire time, whether dancing or conversing or just admiring my kids' friends (some of my daughter's friends were there as well. but she was off singing at a funeral) with this secret knowledge of this ancient Celtic Feast Day being observed, intentionally or not, by at least some of my progeny and me, carrying on the old traditions.

[And PS: a post-brain surgery note. There was a snapshot on the hostess's refrigerator of her and her husband with Meryl Streep, and as I have reported here before, one of the oddest changes that occurred from the brain surgery is that pre-op I admired Streep's comic acting but wasn't a big fan of most of her serious roles and never could see why people found her "beautiful" or even attractive, but since the operation every time I see her in a movie on TV I want to date her. And sure enough, when the photo was pointed out to me I couldn't stop myself from feeling this enormous attraction to her thinking "how beautiful she is"—!!)
Posted by Lally at 10:20 AM

What a sweet post.
I just saw "IT'S COMPLICATED." starring Meryl. I trust you've seen it. i liked it.
By the way, have you seen "INCEPTION?" I'd like to read the blog you would write post brain/op re that movie. lol
suzanne

Dear Lal,
The wall-less roofed structure you were struggling to remember the name of is a gazebo. And the canopy with four poles is very like the kosher construction called a succa, which is used to shelter people eating outdoors during the feat of succoth. Your description also makes it sound very like the sort of canopy which accompanied the priest carrying the monstrance during Holy Thursday processions that you and I as altar boys took part in back in the 50s, eh?
Pax Tecum,
Bob B.
Thus, your celebration over the weekend could be considered a kosher-Celtic fest.

Lal--As to Meryl Streep, if there's a better, more versatile actress around, I don't know who it is. Is there anything she can't do?
Bob B.

Suzanne, planning on seeing INCEPTION soon, and Bob, I hear ya about the multi-basis for almost any feasting but I always thought Streep's serious work, or most of it, was too technical and cold and often unrealistic for my taste, and, my point was I also never found her attractive, until brain surgery!

You have the luxury of blaming those moments of lacuna on brain surgery. When it happens to me, I just assume it's another sign I'm getting old.