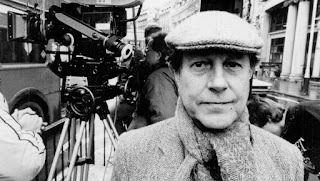 I don't remember ever meeting  Nicolas Roeg, but I sure remember the powerful impact seeing three of his movies had on me. PERFORMANCE made in 1970, I saw just as 1972 started and I was discovering the fluidity of my sensuality. I had taken a beautiful South American shoe salesman, who had earlier that day sold me a pair of lavender suede platform shoes and agreed to meet me after work.

We got high before sitting in the dark theater, so watching the lovemaking bedroom scene, where gender becomes fluid and gorgeous in whatever form, I felt like my head was expanding and my body was exploding with joy and anticipation. (Maybe you had to be there.) Then sitting in the same theater (in DC) the following year, watching the lovemaking bedroom scene between Donald Sutherland and Julie Christie in DON'T LOOK NOW, I couldn't help laughing with joy at what I still remember as the best lovemaking scene in any movie ever (at least at the time it came closest to my experience).

The third film was INSIGNIFICANCE, one of the most original storylines ever in film history. Let's just say it involves Einstein and Marilyn Monroe, among other iconic figures, and explains E's "theory of relativity" better than any other movie (ha). And the MM character is played with the underrated and unfortunately mostly forgotten Theresa Russell who for many years after was my favorite movie actor of that time.

Roeg was 90 and had a very full and impactful (obviously to me) life, good for him. 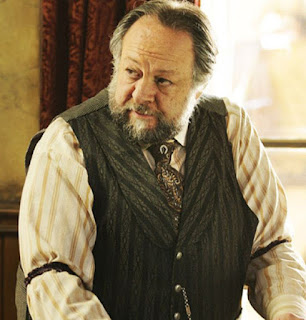 Ricky Jay was only 70, so his passing seems too soon to me. My condolences to his family and friends and fans. I met him twice, once on the set of DEADWOOD, in which I had a small role on one episode. He was a nice guy and, of course, an amazing cardsharp and magician. I saw him do some of his card tricks in person and up close and was as impressed as anyone. He created a unique space for himself in the world of entertainment, and that is not easy to do nor often done. He will be missed.
Posted by Lally at 4:44 PM