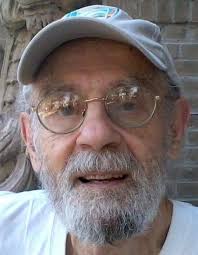 I got this photo off the Internet but wouldn't know if it's accurate or not because I haven't seen a photo of Morty Sklar since the 1970s and if my memory is correct I never even met him in person. I knew him through the old kind of mail you waited for the mailman (back then) to deliver to your actual mailbox. Morty was a New Yorker who was displaced a few times to Iowa City after I had left there in 1969.

He was one of the originators of the poetry movement called "Actualism" which he and others included me in initially (until I published a poem I wrote that mentioned I was included in without being asked or understanding exactly what it was (which no one ever definitively did I finally realized). The true founder was Darrel Gray, a dear friend who passed long ago.

Morty also edited and published the poetry magazine THE SPIRIT THAT MOVES US, in which he published poems of mine after he asked me to submit some. I have our correspondence in my archives (at NYU) but haven't seen his letters since the 1970s, but my memory of our contact is a happy one. I thought of him as a really good guy, honest, authentic, no front or bs, just digging what he dug and wanting to share it with anyone interested. Which could be said of all of us little magazine editors and publishers and poets back in the day.

I hear he passed pretty peacefully, loved ones nearby. I remember him fondly and offer my condolences to his loved ones and all those who loved him. Rest In Poetry Morty. 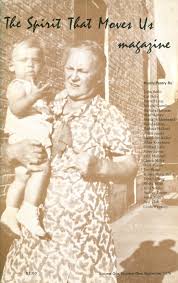