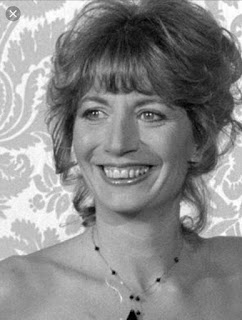 I first met Penny Marshall at a small party in New York around 1980. I knew she was on a TV show but said something to her like "I never saw it cause I don't watch TV shows, I think they're all jive"" or a version of that kind of downtown punk/avant/anti-etc. perspective at the time, and she said, "Fuck you," and walked away. Next time was at a party at Carrie Fisher's house in Beverly Hills around 1983, and this time TV didn't come up and we got along fine.

Last time I saw her was at a party at her house in the Hollywood Hills (I really doubt I know, or ever knew, which hills were which), in the 1990s, where I knew by then I was lucky to be and lucky that she tolerated me hanging around with a handful of stragglers until near dawn, all hugely gifted artists much more successful and famous than me. Though I was still arrogantly certain of my own taste and perspective, and got in a mild disagreement with Gary Oldman over a recent film he was in (!), she didn't throw me out.

There was no one like her. I am happy I got be around her now and then and that she graced our world with her enormous talents. Condolences to all her family and friends. And to her many fans, among which I include myself.
Posted by Lally at 4:20 PM