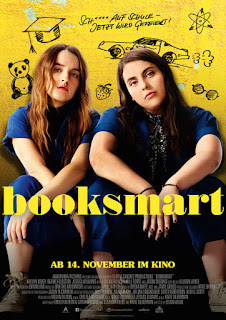 BOOKSMART is a high school comedy in the tradition with a few new twists. The leads are Kaitlyn Dever and Beanie Feldstein. The latter has gotten most of the attention from critics and others, partly because she's Jonah Hill's sister, but mostly because she gives a great performance in what is usually the sidekick role. But Dever's performance as an attractive and smart but insecure introverted lesbian was the most impressive to me. A well done little movie that deserved some nominations, and I wonder if it had been directed by a man rather than Olivia Wilde if it might have gotten some. 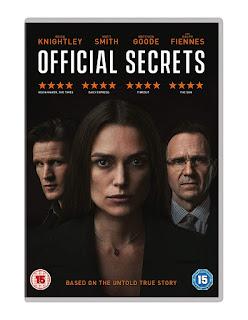 Keira Knghtly can do no wrong as an actress in my opinion. She's always mesmerizing to watch and as committed to her roles as any movie actor. But she is sometimes miscast only because of her hard to disguise model good looks, as in OFFICIAL SECRETS, where the real woman the story is about looked more like Florence Pugh, who would have brought a more obvious authenticity that only Knightly's acting talent allowed her to at times achieve. There's a lot of the usual terrific Brit acting in this flick. The story is meant to be inspiring, and definitely has its moments, but overall it's mostly a quiet display of the kinds of courage those impeachment witnesses modeled in the Congressional hearings for which they are now paying the price for.
Posted by Lally at 12:10 AM