KNIVES OUT, BLOW THE MAN DOWN, DISOBEDIENCE

I've been watching even more movies than usual. Here's three that were worthwhile diversions: 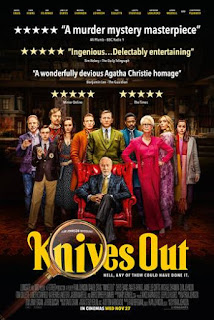 A classic whodunit with a fun twist. And a great cast who all seem to be having fun, which is fun to watch. Deserves a lot of the attention it got. 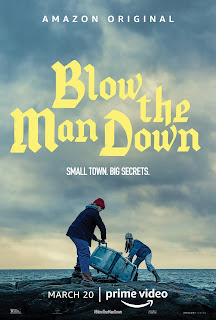 This 2019 flick deserves a lot more attention than it got. Especially for the women who co-wrote and co-directed it—Bridget Savage Cole and Danielle Krudy. I suspect the reason it didn't get awards or nominations for them (or even widely distributed) is just because it was created by women and the female cast members dominate the story, including a quartet of older women not usually the plot drivers in movies thsee days. But this little gem  is so original and well made it deserves a wide audience: highly recommend it. 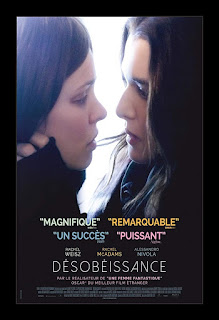 This 2017 flick I missed when it came out but don't know why since it stars two of my all-time favorite actors: Rachel Weiss and Rachel McAdams (ably assisted by Alesandro Nivola) as two women who grew up in an Orthodox Jewish community in England and ended up going their separate ways until the time of the film. A mystery story that has some of the elements of that genre, but is so unique it's full of surprises. The ending wasn't what I was hoping for or expected but it definitely was thought provoking (my son Flynn helped me understand and accept it). Highly watchable.