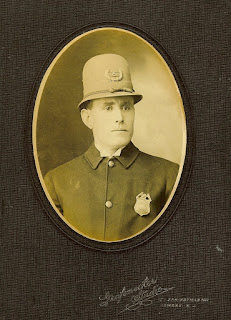 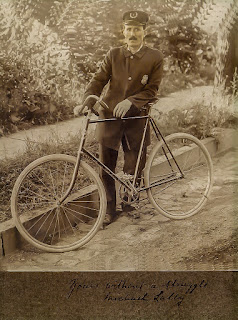 My Irish immigrant grandfather, the man I was named after who was known in his community as "Iron Mike"—allegedly the first cop in my hometown—in an early photo portrait in Keystone Cop helmet, and later photo signed (hopefully) to his Irish immigrant wife, my Grandma Lally whom I adored.
Posted by Lally at 2:43 PM