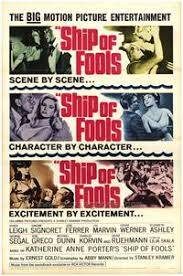 Caught the 1965 Stanley Kramer film production of Katherine Anne Porter's SHIP OF FOOLS the other night and was reminded of the crush I've had on the French actress Simone Signoret since I first caught a glimpse of her on TV at some mid-1950s Oscar event. The most womanly woman to ever perform in movies, her unique blend of strength, independence, and sensuality made her screen presence provocative, inspiring, and comforting all at once. Talk about comfortable in your own skin (at least as it came across to me).

There's other reasons to watch this movie about a ship full of people sailing from Mexico to a stop in Cuba and then on to Germany in 1933 during the rise of Hitler and nazism, including an unexpected (ironic?) performance for Puetro Rican born Jose Ferrer as the emblematic "German" Nazi supporter and Lee Marvin as a predatory "American" racist, misogynist, clueless rube.

There are other lesser known actors who keep it real, (and the better known George Sagal who doesn't), but the two main reasons to watch this film are Vivien Leigh in her last movie role, magnificent as always despite being in the final stages of her mental illness (including shock treatments during filming) and Simone Signoret. Her realistic portrayal of a once powerful and wealthy "woman of certain age" who suffers from drug addiction on her way to prison for helping the less fortunate in rebellion against their exploiters is one of the greatest film performances ever. At least to me. 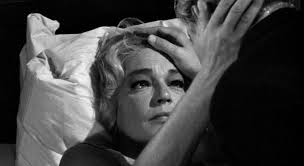 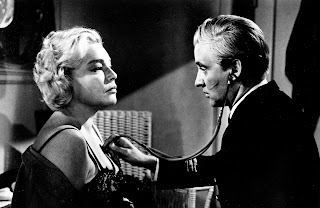