Took my youngest yesterday to where he's going to spend most of the summer. Over a five hour drive up and the same back. Spent today catching up on some chores and too tired now to accomplish much beyond that. But thankful all went well. Now to finishing some writing projects in the next few weeks. [That I've been working on for years. Don't know about anyone else, but "writer's block" has rarely been my problem, in fact, it's usually the opposite, I write what some would call too much, and then have to winnow that down to what I'm sure some might say is still be too much. But, at least for me, creative work calms my restless mind and as a little sign I made many decades ago that hangs over my desk says: "WORK (pOetRY) CONQUERS FEAR"—(the "poetry" created from cut out letters from other printed material, which explains the shifts from lower to upper case etc.).  [PS: Took an iPhone photo of the bulletin board over my desk with that sign on it and hooked my phone up to my computer and it instantly opened iPhoto and spent some time spinning the little rainbow disc but the photos I took of the bulletin board did not show up, any techies out there know what I'm doing wrong now that my 16-year-old is away and I'm home alone with my technodyslexia!?] 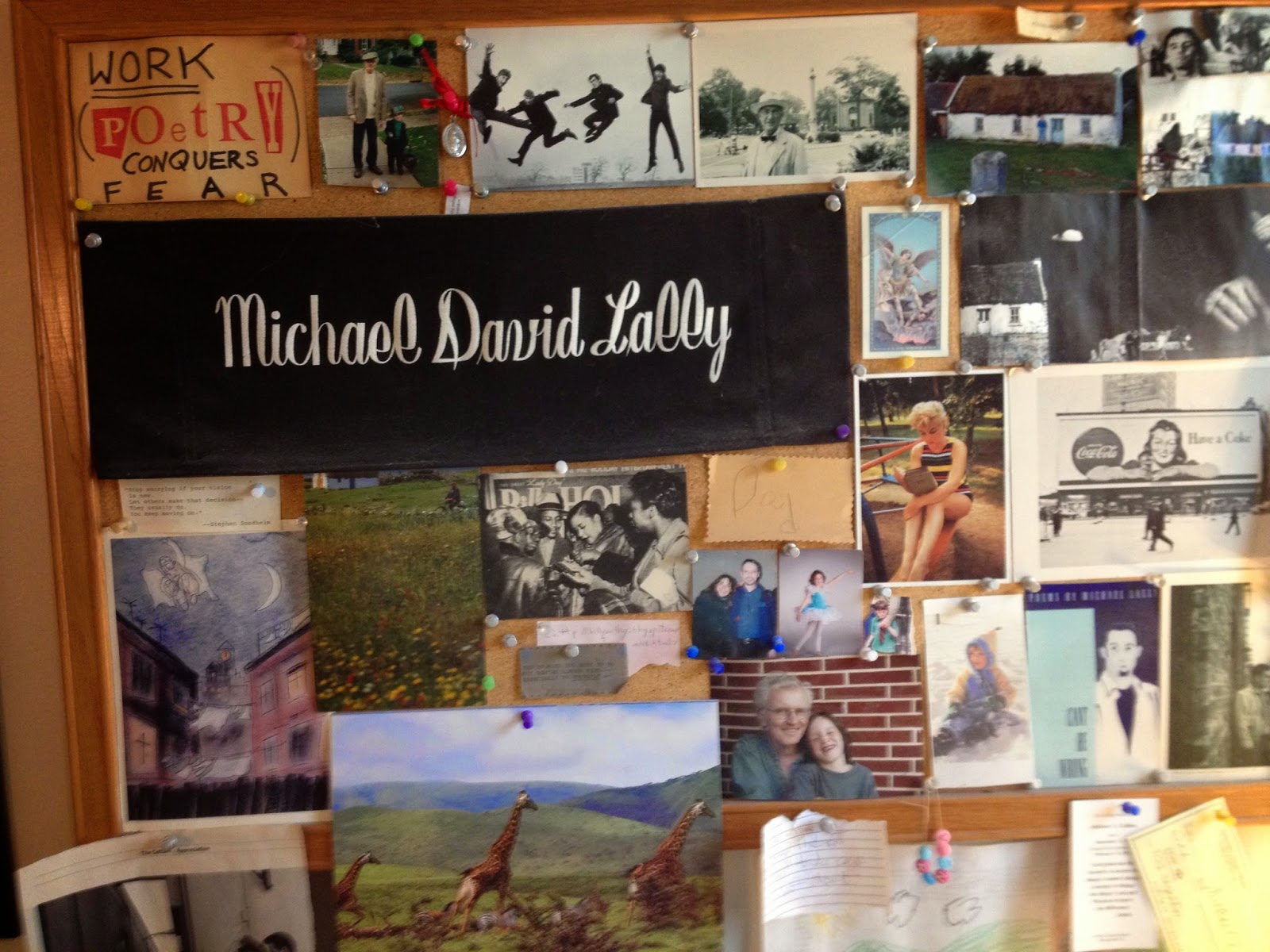 [With the help of friends manages go get this shot from my phone to my computer to post here, not all that clear but you can see the sign the post refers to in the upper left hand corner, and beneath it the one time I had my own director's chair on a TV show I was a regular on (Berengers), I had to use my middle name because there was already a Michael Lally in SAG, and in case you're wondering that's a shot of Marilyn Monroe reading Joyce's Ulysses down to the right from my name with the famous Rudy Burkhart photograph of the Coca Cola sign on Astor Place early 20th century, and the art work all the way to the left under my name is a reproduction of a minting of Jack Kerouac's, the black and white photo is of Billie Holiday signing autographs for fans, etc.]
Posted by Lally at 11:57 PM