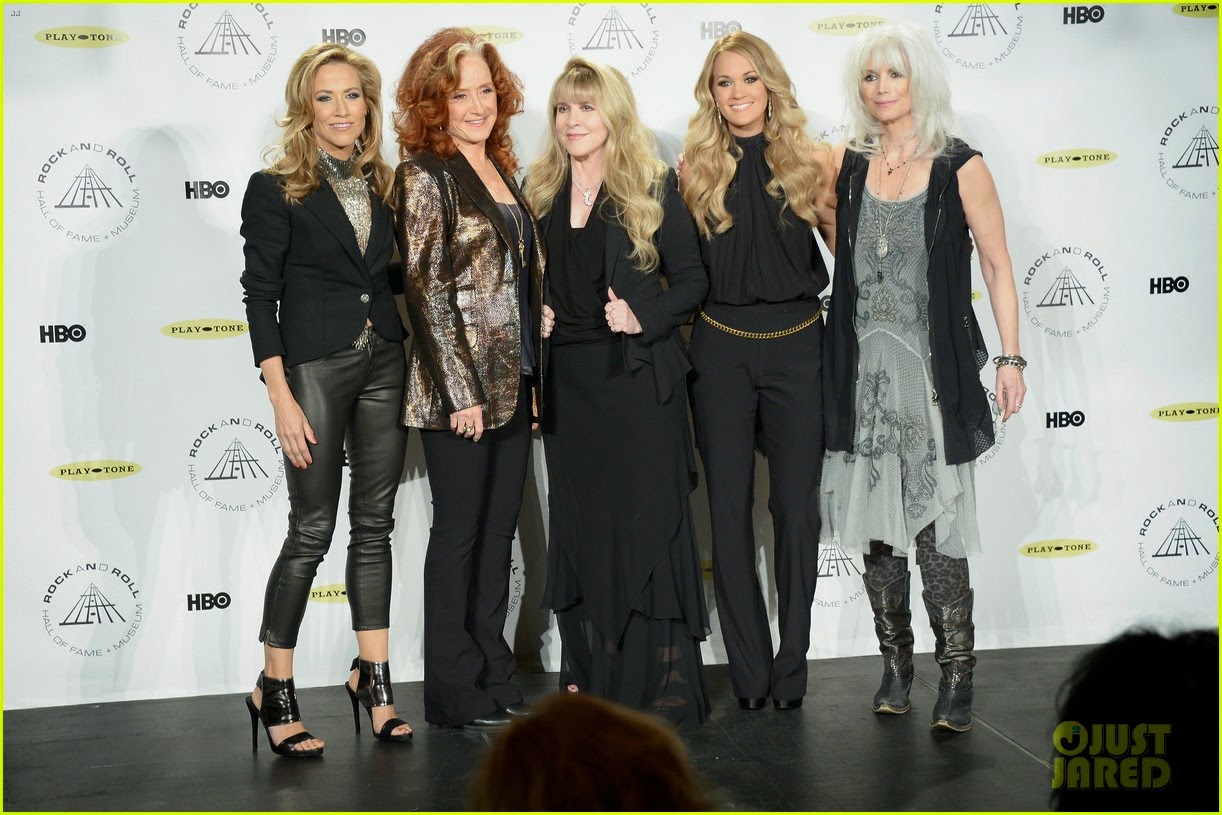 If you don't have HBO, you'll have to see clips from YouTube taken from smart phones where the sound sucks (must have been bad in the hall). But if you can get to see it on HBO, the 2014 Rock'n'roll Hall of Fame tribute to Linda Ronstadt by Stevie Nicks, Bonnie Riatt, Sheryl Crow, Emmy Lou Harris and Carrie Underwood was beautiful. (As the youngest and still in top voice, Underwood was impressive.)

I've been catching pieces of the show over the past few nights and digging most of what I've seen. As always, there's a giant schlock element to shows like this, but there's also always a lot of poignancy, seeing music stars of old now old themselves. It's impressive how some in their sixties and seventies can still pull it off, and in other cases heartbreaking seeing those who can't but try anyway.

It's also always a trip for me because of my years in "Hollywood" and New York (and DC, where I first met Emmy Lou Harris, though I doubt she'd remember). I always see people I've met, or known, or worked with (or more) either on stage or in the celebrity packed audience (this year's ceremony was in Brooklyn so it had an East Coast star-studded flavor).

Hopefully better quality clips of the show will be available soon (another highlight was Joan Jett with Nirvana, she nailed the essence of Cobain's vocals) for those who don't have HBO, but if you do, check it out and be delighted.
Posted by Lally at 11:26 PM