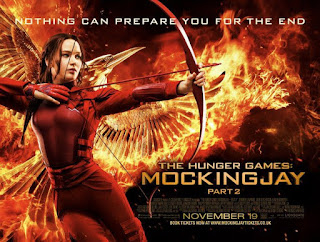 The title says it all, a jumbled mess. There are movie actors who for my taste are always a pleasure to watch work on the big screen and Jennifer Lawrence is one of them, as is Donald Sutherland. The two of them work their usual fully committed acting magic, but this movie is just too badly written and directed to redeem it.

It opens with such a confused series of scenes and dialogue it's impossible even for those who have seen the previous film to figure out who's who and what's what. Characters are introduced as incidental than the dialogue seems to indicate they're really important and then they're dead before we can make any attachment to them.

And whoever decided to make the actor who plays the mate Lawrence's character ends up with the pivotal figure of the flick should fire themselves. Lawrence is such a towering screen presence with the most natural sense of realistic expression that she needs someone who is her equal to be her love interest(s), not boyish actors who are hardly believable as men let alone as her match.

So, as you might be getting, I'm highly recommending you skip this one.
Posted by Lally at 10:28 AM