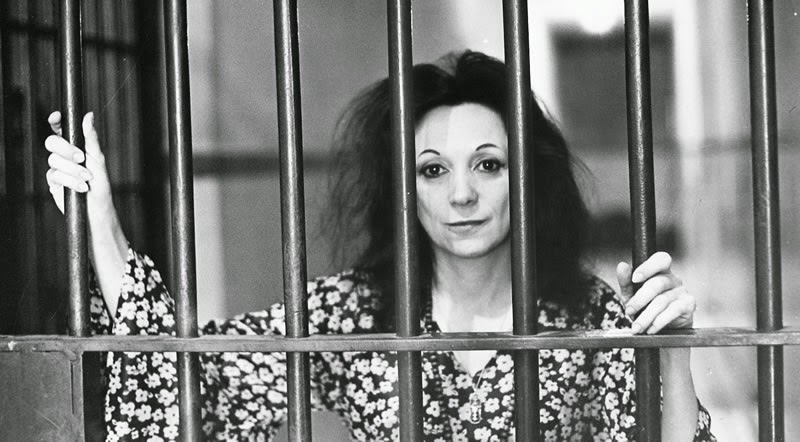 I saw Judith Malina around The Village and The Lower East Side of Manhattan in the late 1950s and early '60s and knew who she was, one of the founders of The Living theater (the first production I dug of theirs was The Brig which was first staged while I was serving in the military and a year after I had been court martialed so I related). But I didn't meet her until the mid '60s during their Paradise Now period. The last time I saw her and spoke to her was earlier in this century.

Though she reminded me of several women in my life, or vice versa, (my first wife, Lee, and her were both under five feet tall, and early on had similar styles, capes etc.) she was unique as a personality and as a creator of live theater (along with her late husband Julian Beck for most of their life on stage).

This obituary from the NY Times isn't exhaustive at all, her life was so rich with theatrical and activist creativity and events, but it'll give you an idea.
Posted by Lally at 10:30 AM

I briefly worked with the LIving Theatre, lived in the commune awhile and fell in love with an anarchist which saved me from joining a nutty marxist group. We did a bunch of anti-war street theater too. It was wonderful. Miss those times.

How cool is that? What a wonderful experience to have had. If I remember correctly when I was in my most ardent "revolutionary" phase I wrote a review of Paradise Now that was critical of the Living Theater troupe for not adhering to all the revolutionary perspectives I thought were most needed, etc. But Malina was always true to her own perspective and self...What heady days....