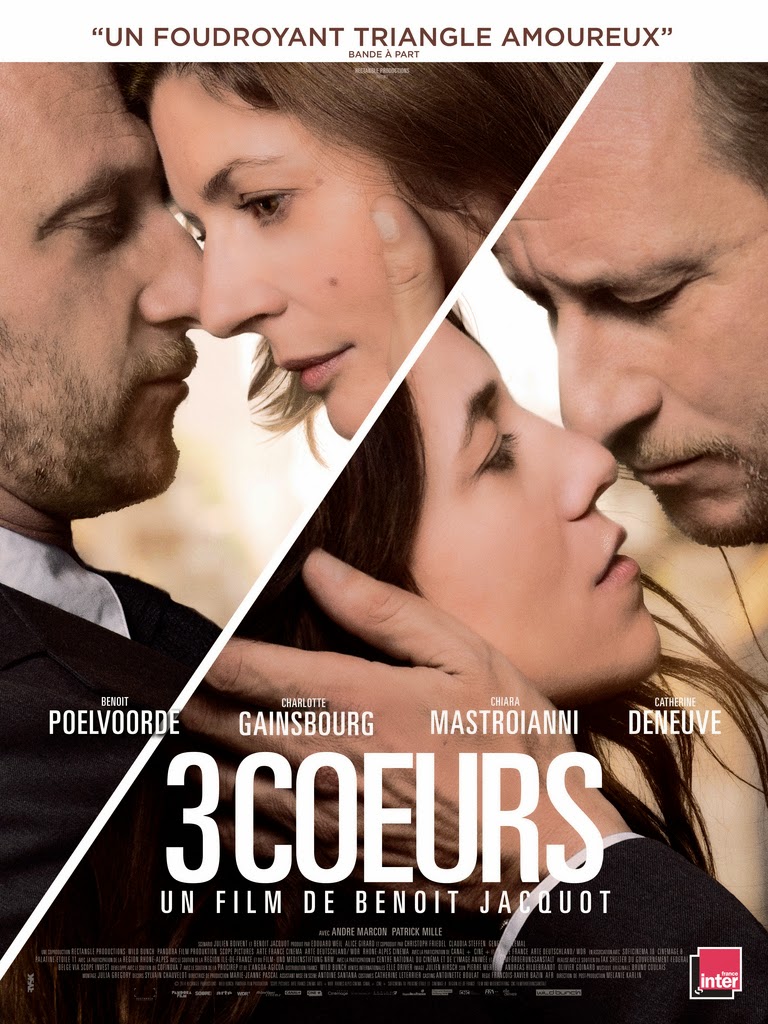 Some friends recommended this French film and I'm happy they did. Some really fine acting, directing, editing and soundtrack. As always it's a delight to see the way European movies allow lead actors to look human rather than a fantasy of human perfection. And have grown up stories and actors. Imagine a movie about love and romance starring three middle-aged Hollywood stars (the man might be in his forties or fifties but his leading lady certainly wouldn't be).

Seventy-year-old Catherine Deneuve has a role as the sixty-year-old mother of two daughters close to forty, and she looks in some shots as perfectly beautiful as she did when she was twenty, but she also looks like she's got a pot belly and other signs of normal senior evolution.

And the actresses playing her daughters (Chiara Mastrioinni, Marcello's and Jane Birkin's daughter, and Charlotte Gainsbourg, Serge's and Catherine Deneuve's daughter) are both charming, yet each uniquely humanly imperfect. Both a delight to watch. The lead actor (Benoit Poelvoorde) plays a forty-seven-year-old man who is the romantic lead, and yet he more than all of them looks like such a normal middle-aged man he'd never make it to a leading role in most "American" films, though his screen charisma is somehow even more powerful as a result.

I won't give away any of the plot, some of which could only work in a French movie, but work it does. The ending raises questions that I'm sure we'll discuss when I see the friends who recommended it. But in the meantime, the friend I saw it with and I both left the theater feeling elated from having had a very satisfying movie experience. You might too.
Posted by Lally at 11:55 PM