Thinking about the point I was trying to make, or Jerome elicited from me with his questions in the Rimbaud-post thread about deadend innovators, I thought I'd try to clarify and simplify.

If we look at "modern" "American" (i.e. U.S.A.) "poetry" (part of the argument about that label in modern and post-modern poetry is what exactly IS "poetry"—just as in pretty much any modern and post-modern art form) the three main or most influential innovators were T.S. Eliot, Ezra Pound and William Carlos Williams. 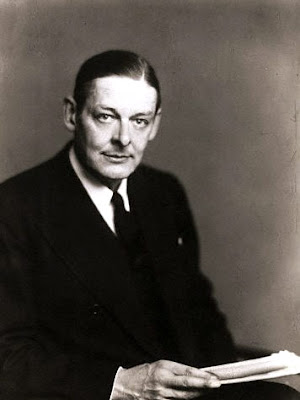 The first and most influential was Eliot through the impact "The Wasteland" had on English-language poetry. But "The Wasteland" was an anomaly and partly the result of Pound's editing and suggestions. After it Eliot resorted to a much more accessible use of language and references and rhythms and structures.

That (Eliot's post-Wasteland poems) is what ended up having the widest and longest-lasting influence in many ways, leading to Auden and the most critically and academically accepted and championed poetry.

Pound's initial poetic output based on his idea of "imagism" had some impact, leading to subsequent generations of poets writing Chinese and Japanese influenced compact poems, and to "American" poetic ideas about what a poem is like the "deep image" poetry of Robert Bly and James Wright that became another strain of academically and critically acclaimed poetry. 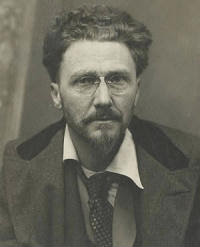 But Pound's CANTOS, his lifelong work, an unending series of "Cantos" incorporating political and philosophical ideas, or rather snippets of the arguments for those ideas, as well as snippets (a word I would never have used I don't think before the brain surgery, so it's distractingly interesting to me that I've just used it twice) historical documents and dialogue, etc. Basically anything that was on the poet's mind or caught his attention.

The juxtapositions of these "snippets" (!) throughout the individual cantos work to create a unique form of verse—or any kind of writing—that generated great excitement among poets interested in "making it new" as well as creating an original way to document one poet's mind. The notational aspect of that technique can be found going as far back as the Greeks and Romans (e.g. Catullus) but for American progenitors (another word I don't think I've ever used before) it begins for me with Emily Dickenson. But the cut-up, juxtapostion from all kinds of sources approach was Pound's.

That too was picked up on by many poets considered "avant-garde" or "alternative" or even "anti-academic" right up until "The Language Poets" took it to its deadend extreme of no juxtaposed words or phrases that lead to any kind of linear explanation or development etc.

There were masters, like Ted Berrigan (who I remember saying to me in one of our first meetings "No ideas but in juxtapositions" altering the famous W. C. Williams' dictum "No idea but in things") combined that Dickenson playful succinctness with Pound's more expansive inclusion of random but seemingly-relevant-to-him "snippets" from various sources (Berrigan including lines from Rimbaud, for instance, in his "cut-up" poetic sequence THE SONNETS).

But it wasn't academically accepted at first (and mostly still isn't) nor critically acclaimed outside of "alternative" venues. Even though it's most famous practitioner, who preceded Ted Berrigan—John Ashbery—has won the critical and academic accolades, he is the exception to the rule (John too takes bits from various sources, including lines from others, but in his case they are usually from more "pop" kinds of writing including badly written novels or turgid technical writing etc.). (Ray DiPalma is another poet who has created something different for himself partly out of THE CANTOS "tradition" or inspiration, and there are others I could cite whose work I dig.) 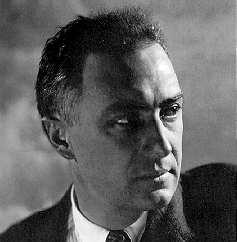 Then there's Williams. His influence seems to me to have been the greatest and longest lasting, though only the simplest and most basic aspects of what he originated. Mostly the conversational, every day language of simple description of objects—"no ideas but in things"—and people's interactions with them without the poetic imagery, for the most part, or philosophical glosses etc.

But at first William's was the least influential, it seemed, and certainly the least recognized (not until the end of his life really, outside of "alternative" scenes, like "The Beats" et. al.). Early on, Williams too used that juxtapositioning of disparate forms and approaches, but unlike Eliot in "The Wasteland" and Pound in THE CANTOS, Williams' source material was almost exclusively "American" and even local (Northern New Jersey) and mostly from his own hand (with exceptions, as in what people took as his response to THE CANTOS in his never quite finished multi-part long poem PATERSON).

All three of these guys were basically what they call "middle-class" (I don't use that term ever since an older radical said to me back in the 1960s, "The working class works, the ruling class rules, what does the middle class do—middle?"), college educated, etc. But if we had to distinguish by background and the work they did, Williams was the one most grounded in what I see as "working-class" values.

In part because of his ethnic heritage, through his Puerto Rican side (thus his middle name "Carlos") and his profession, doctor to working-class mostly ethnic families in and around Paterson NJ (Ruhterford was his home town out of which he worked). Thus he was exposed to things the Idaho-born Pound and the St. Louis merchant class Eliot (who early on became a resident and eventually a citizen of England, and a high church one) were not.

So it makes sense to me that he would be the one who would dismiss the academy and critics and instead of emulating or even borrowing from England or Europe's poetic traditions, for the most part he would resort to relying on what he experienced among the working poor for Northern New Jersey (a conscious decision on his part as expressed in his essays and letters).

This was a more expansive view of what poetry could not only be about but what it could be, i.e. as simple and direct and "objectively" rendered as a doctor's report. Whereas Eliot's eventual approach demanded academic credentials to practice and understand, and Pound's demanded avant-garde values and goals, Williams' poetry accomplished the same things (his SPRING AND ALL is an early classic example of modernist—almost "cubist"—structuring) but always in a language and perspective that are accessible, not just referencing the classics the few times he does outright, but contextualizing them in an easily accessible descriptive language that conveys the meaning whether you get the reference or not (as opposed to Eliot and Pound, though it can be argued that Pound didn't really expect anyone to get all his references, except the academics he expected to keep busy, (as Joyce said he expected for his later work)).

In the end, because it's poetry, at least for my taste and interest what matters is the music in the language, and ultimately all three are masters of that. Read out loud almost anything written by any of them and you can't miss it, each with their own unique rhythms and melodies and harmonies created by nothing more than words. I can dig any of them that way.

But it is Williams who leads to much of my work as he does to so many, and whose influence is the most open-ended, allowing for variations and innovations that also lead to more open-endedness. Whereas I think the innovations created by Pound in THE CANTOS reached a point of diminishing returns and was always limited to those who really cared to make the commitment to that kind of demanding content and deliberate structural distancing. But it's Eliot's work after "The Wasteland" that led to the most imitation but least innovative variations.

Wow, I didn't keep that as simple as I meant to. And I didn't mean to sound so lecture-y, I know there are others who have different opinions about all this and can articulate it better than I just attempted to, and who probably have a better education concerning all this as well, but what the hell, it's my blog and I got the urge to expand on the questions provoked by Jerome (one of those better-educated others).
Posted by Lally at 10:29 AM