MUST BE MASS HYPNOSIS OR SOMETHING 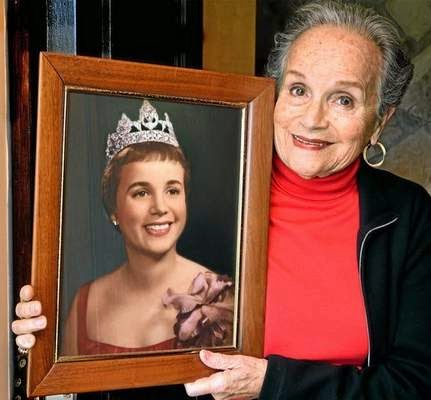 Have you seen the story about the woman who was chosen to be the Rose Bowl Queen fifty years ago but when they found out she had what they called then "Negro blood" was denied the opportunity to ride on the float designated for her and now half a century later she's leading the parade?

The weirdest thing about it is when you see her photo from back then and now if you were just going by the standard perception of what "black" and "white" might mean in this society she appears to be "white" while my guess would be that many Rose Bowl queens who were designated as "white" were much darker skinned, or as I said in a comment where I first saw this posted:

"the dumbest thing about all this is that the article and most media and people use the terms 'black' and 'white' based on some arcane fantasy of non-existent 'race' supposedly based on the color of one's skin, when using terms like 'black' for a woman who looks like this woman and 'white' for the many dark skinned people designated as such is obviously a case of the emperor has no feckin' clothes on..."

Our peculiar history makes it very difficult to just drop the "black" or "white" designations because of how those perceived as "black" have suffered as a result of that fantasy (our president is a great example, his mother was "white" and he was raised by her and her parents, also "white," and thus his entire upbringing was as coming from a "white" family and obviously being "part white" and yet to his many domestic enemies he epitomizes what many of them hate about "blacks" who appear "uppitity" etc. just endless "black" vs. "white" stereotyping and demonizing.

So unfortunately we just can't dismiss these designations entirely, at least not in terms of history, but hopefully, and the younger generations seem to be demonstrating this, there is a slowly rising awareness of the absurdity of the entire set of classifications that have to do with supposed "race."
Posted by Lally at 1:35 PM