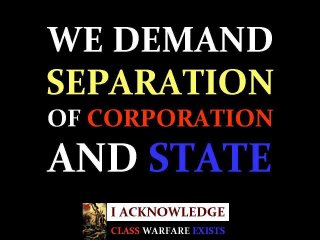 Obamanomics strikes again. GDP growth slowed to 2.2% in the 1st quarter from 3% in the 4th quarter.

Sorry tired of the negative. Why do they want us, as a country to fail so badly. Is it time for them to move to a new country? If it is really that bad, move. Love Obama and my country. Life is pretty good.

Oops! That was suppose to be "so tired of the negative." My school has 18 absent teachers and 9 failed subs. It is a little crazy today. Two days ago we had a fire, lock-down, and 11 cop cars for a separate gang incident. Through all of it, I can still see the good in my students. Like I said, life is good.

Loyeen I'm "sorry tired" of the negative too. But I will point out that the drop in GDP number will be revised in the future (they almost always are and it seems in Obama's time they often get readjusted upward) but more importantly economists agree that one of the main reasons (and many say THE main reason) for the drop in GNP is the cutbacks in state and local governments that also contributes to the unemployment rate (the other factor in unemployment is corporations squeezing even more out of people so that even though most corporations showed extreme profits this quarter they didn't use those profits to hire back workers or add new ones but instead put a lot into more obscene CEO pay and bonuses and the rest they sit on like Scrooge McDuck counting his millions). If the rightwing Republicans who hate government were defeated and state and local governments could start rehiring teachers and cops and firefighters etc. it would not only stimulate the economy and cause a bigger rise in GDP, it would make your job easier Loyeen!

so jim acknowledges that there is continual growth.

The US GDP must grow at least 2.5% in order to have any positive effect on unemployment. 50 percent of recent college graduates are unemployed now.

The 4th quarter 2011 revision was up and the 3rd quarter revision was down. By this time in the Reagan administrtion the GDP growth was 7%.

Okay, I'm going to start deleting again. I'll leave this as an example. "Any positive effect" of course is a lie. The "any" being key to why. As they used to say it's prima facie false. The rest of the short statement is equally tilted, including the percentages and the omission that the growth Reagan saw included the GROWTH of government and therefore government jobs, exactly my point in my previous comment, and the growth of the deficit and debt to historic levels, etc. (something the rightwing Republicans refuse to allow for Obama, in fact much of what they cheered Reagan for or ignored with Bush/Cheney they criticize Obama for, proving it has nothing to do with economic theory or practice but only with pure politics, i.e. whatever Obama is for they are against one way or another)

See wHat I mean? Change the subject and get general. Interestingly these rightwingers pretend to have some standard a politician has to live up to like be "against big government" but they were nowhere to be heard when Reagan expanded the federal government, nor were they supportive of Clinton and Gore when they actually were the first ones in modern times to shrink the federal government. Then again when Bush/Cheney expanded the federal government and made it bigger than it ever had been in history, not a peep. Now Obama has once again shrunk the federal government (less employees than under Bush for instance) they actually have the cajones to declare their reason for being against Obama is because they're "against big government"!!! It would be laughable if it wasn't so pervasive due to the successful brain washing the right has done on a segment of the population that will believe black is white and up down if Fox News and Rush et. al. tell them so. This phenomenon is a direct attack on everything the Founders the right pretends to honor stood for, the ideas of The Enlightenment, belief in reason and logic. Maybe rightwing thinking and politics should be outlawed as "unpatriotic"—oh, no, "liberals" who still believe in The Founding Fathers' Enlightenment ideas wouldn't do that, that's what the right has consistently tried to do and done.

See, no answer, because there is no argument to hard facts and truth. All he will likely respond with is more agenda-based non-response---in other words, prejudicial hate speak.

Too many lies in that one to respond to. And I didn't start this blog and continue it to waste so much time and energy on one blog stalker who consistently changes the subject when confronted with the lies and misinformation and deliberate distortions, which the previous comment was full of. So he's deleted again so I can get back to work on what matters (at least to me).

FYI it matters to me and to all your other friends and followers. I and we appreciate your wisdom, passion and integrity.