AND YET MORE L.A. DAYS 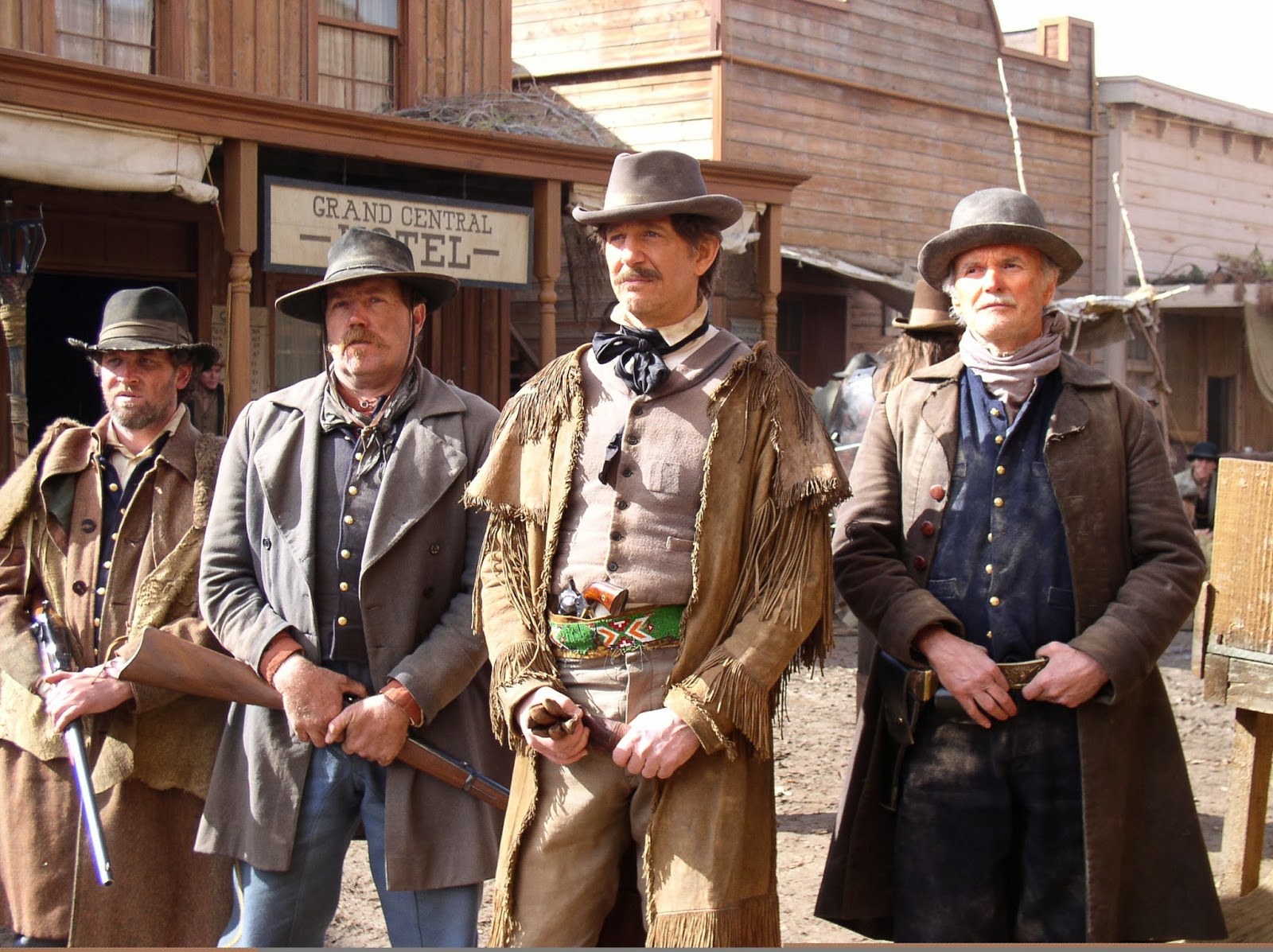 Two stunt riders (whose names I unfortunately forget), Peter Coyote, and me in my "Captain Bubb" makeup to make me look older and more gnarly (pretty much the way I look now) on the HBO series DEADWOOD location (I think it was called Melody Ranch where Gene Autrey shot his Westerns, though the DEADWOOD set was created from scratch to match the building of the town itself) c. 2003. 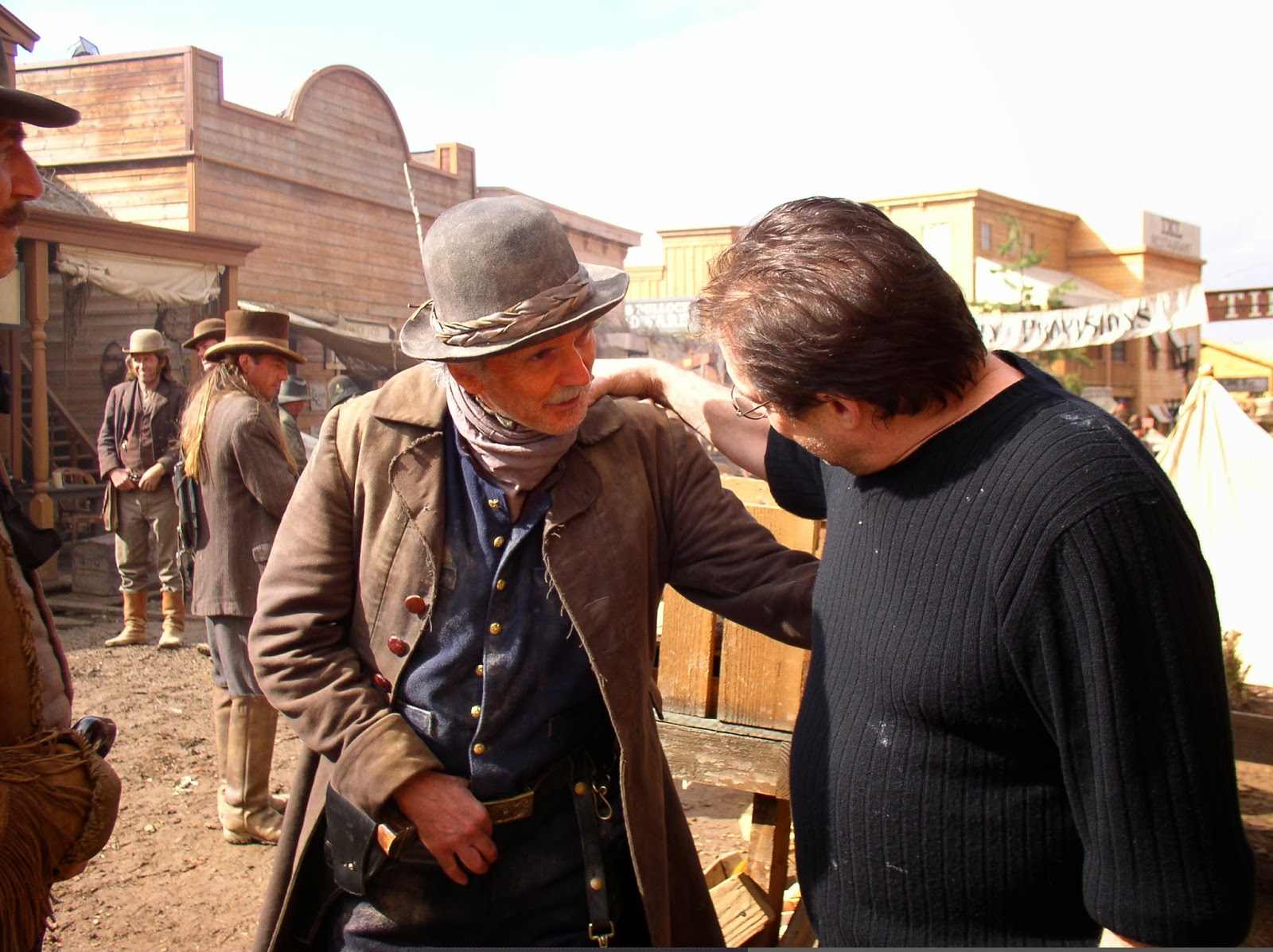 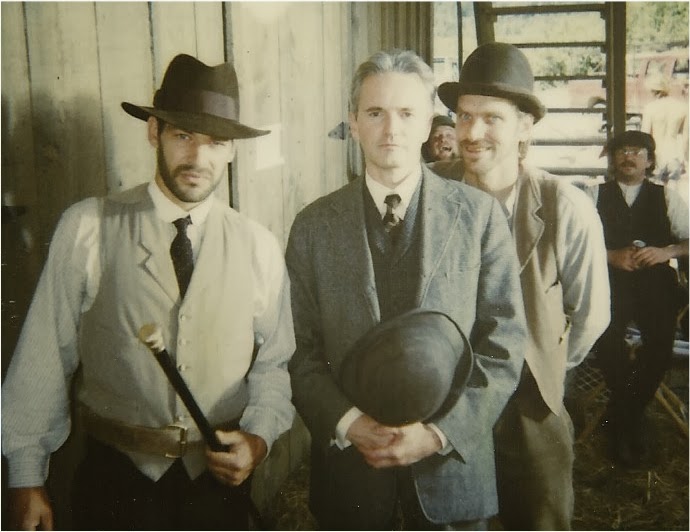 James Remar, me and Bill Moseley on the WHITE FANG movie set (not much more than a decade before the photos above from DEADWOOD, and built from scratch as on DEADWOOD) outside Haines, Alaska c. 1990. 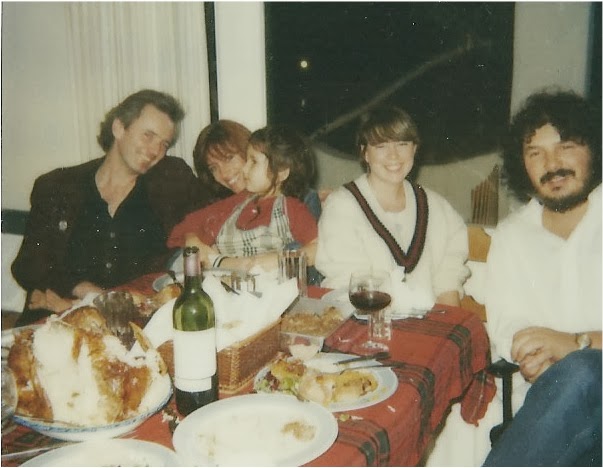 Me, Terre Bridgeham, with I think Athena Greco on her lap, my daughter Caitlin and the late, great composer and songwriter Tony Greco (and I assume one of my oldest and dearest friends, Suzanne Greco, behind the camera) c. late 1980s or early '90s(?) in the Greco home on a Thanksgiving Day (in The Pacific Palidades I think). 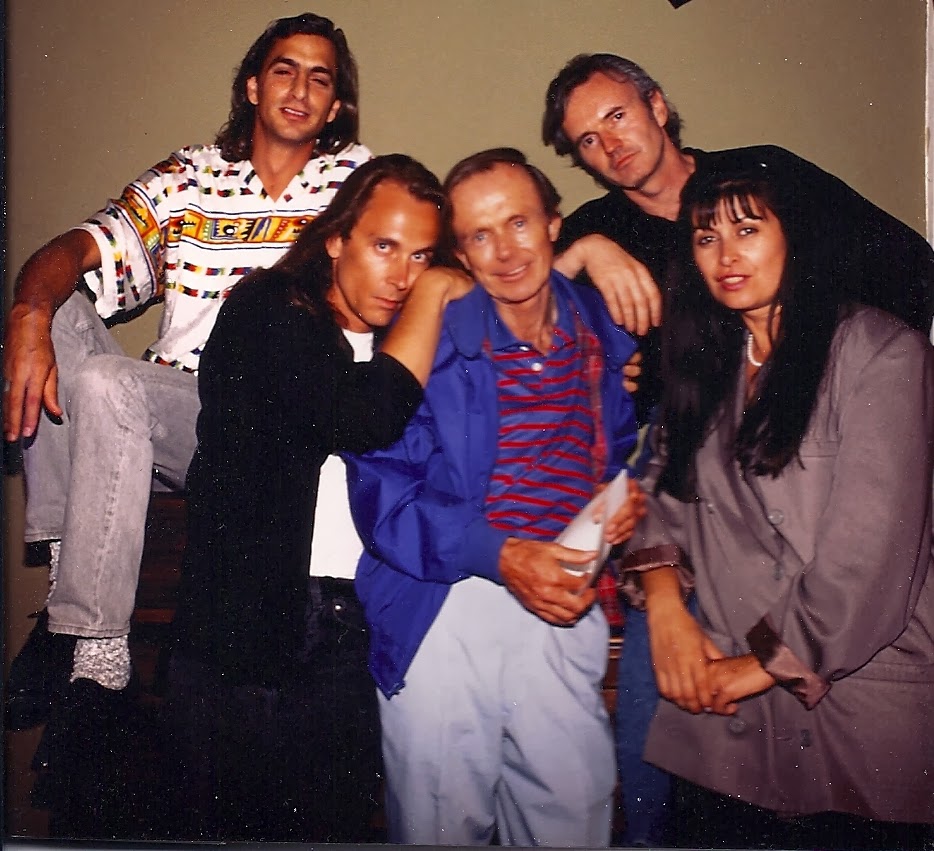 Poet and screenwriter Joel Lipman, poet/musicmaker/actor Michael Harris, poet/writer Hubert Selby Jr., me and my partner in Poetry In Motion (the L.A. weekly poetry reading series in the late '80s and early '90s), Eve Brandstein at one of the clubs where we did the series. 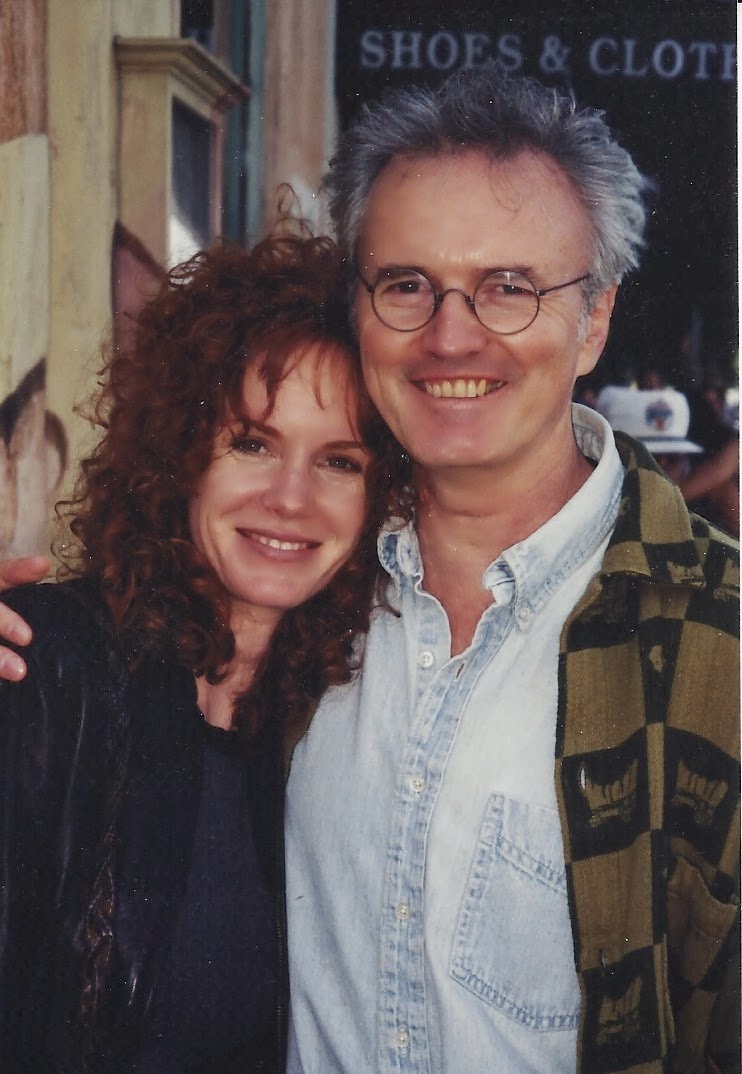 Actress/writer/tango dancer and best friend Jamie Rose in L.A. c. mid 1990s (she'll probably know the exact year from the hair),
Posted by Lally at 11:49 AM