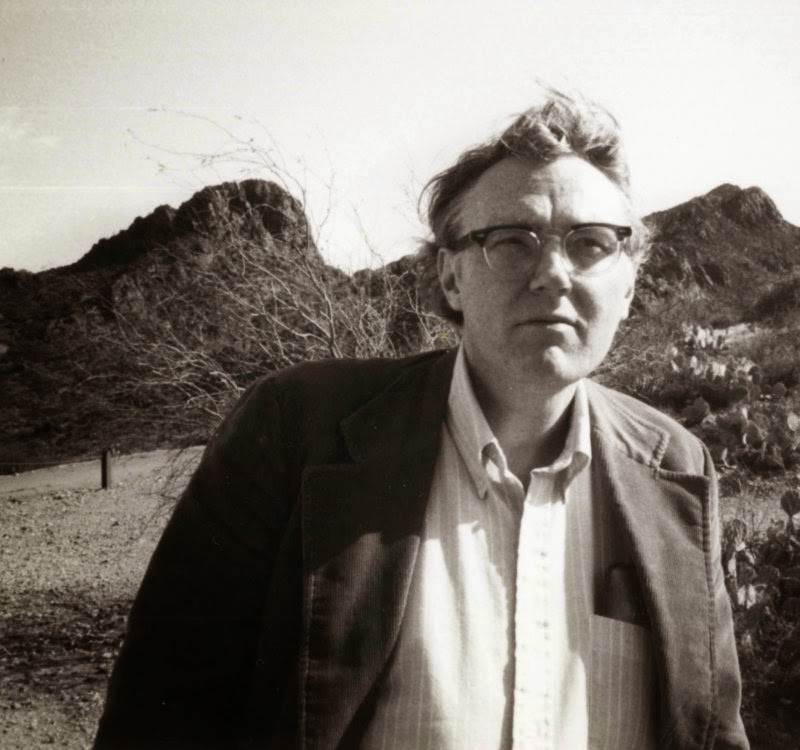 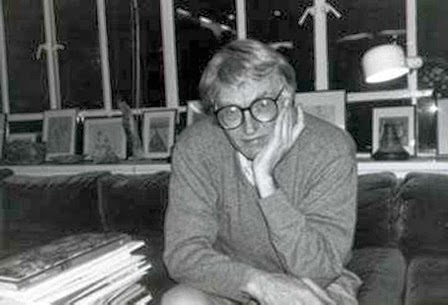 I just found out the poet Bill Knott passed yesterday.

I first met him in 1968 after he seemed to come out of nowhere into the first ranks of new American poets with a book of poems that were not only original in their approach but in their packaging. The book was THE NAOMI POEMS: CORPSE AND BEANS supposedly by a young poet who had committed suicide two years before and wrote under the name Saint Geraud (1940-1966).

The photo of a woman with her eyes closed and up to her neck in water on the cover, uncredited (though I later discovered it was a Harry Callahan masterwork) only added to the mystery. 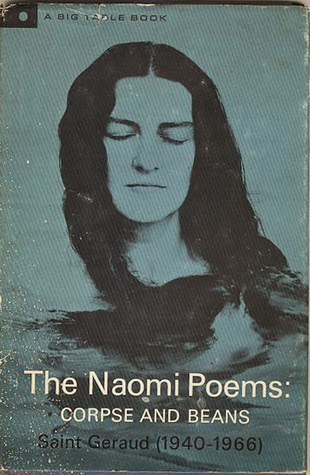 The backstory captivated the literary world, and even more so when it turned out to be made up by a guy with the much more common and mundane name (though equally resonant with double meanings) Bill Knott.

I was at the university of Iowa's Writers Workshop at the time, completing an undergraduate degree while simultaneously working on an MFA in poetry (I arrived not long after four years in the military and tried to get into the Workshop without a BA). The graduate poets were fiercely competitive, working hard to distinguish themselves in an arena with few rewards, and here was this relatively young poet (closer to my age than my fellow students) who pulled this amazing scam on the literary world and got away with it.

That was because the poems were great: mostly enigmatic, succinct and fresh (even though the title "CORPSE AND BEANS" was a sound translation of a French title, if I remember correctly). When Knott came to read at Iowa, he created another deception by coming to the podium in what a poor rural and much older person might wear, (it was a college campus in 1968 after all) leaving his frumpy beat up old winter coat on and carrying a soiled brown lunch bag out of which he'd pull a scrap of paper and read a short poem off it and then drop the paper to the floor. He didn't say anything or engage the audience in any way and when the bag was empty he walked out.

It was a unique performance piece, that I would suspect everyone in the audience took as real, and most likely intimidated them a little, or a lot. Later at a party at the poet Ted Berrigan's house in Iowa City (Ted had arrived that Fall to teach in the Workshop but was forced out after only a year), Bill and I talked. Which wasn't easy as he was not terrifically forthcoming.  But he asked me why I was at the Workshop, after I told him I was married with a child and was older than the typical student and came from a pretty different background, and...well, here's my journal entry on that:

"...I talked stoned into Diane Wakoski's ear for more than a half hour, and she kept nodding her bird head and politely smiling as though my stoned rap about Newark versus New York Poets was really pleasing her, but how I thought all the time she was just watching Bill Knott sit stoned in Ted's barber chair with stereo earphones over his crewcut head, eyes closed....Knott gave me his copy of Nazim Hikmet's poems and asked why I was in Iowa. I said I wanted a degree in poetry to prove to critics that I knew what I was doing in my poems. He said he doubted it would work."

(Diane Wakoski must have been there for a reading at the same time, I assume now, or was visiting, and let me be clear that it may also be an assumption that Knott was stoned...though I probably actually was.)

I ran into him a few times over the years, and we exchanged a few letters or notes many years ago, and more recently he friended me on Facebook and even commented on this blog, or on Facebook when I reproduced it there, I don't remember which. But it delighted me to be back in touch after many years and to know he was still engaged with poetry, even if he also seemed depressed about it at times.

Here are three appropriate poems of his about death, all favorites of mine from my original copy of THE NAOMI POEMS: CORPSE AND BEANS:

If you are still alive when you read this,
close your eyes. I am
under their lids, growing black.

Going to sleep, I cross my hands on my chest.
They will place my hands like this.
It will look as though I am flying into myself.
Posted by Lally at 3:57 PM

I'm sorry to hear this news. I don't remember ever meeting him, but back in days of old I was a fan of his work, and still have The Naomi Poems, Nights of Naomi, and Auto-Necrophilia, all of which I loved. He was definitely an original. I found a grocery list of my own just now stuck in Nights of Naomi that feels for me like a time-capsule:
eggs
bacon
bread
cake
cigs
juice.

Three beautiful poems you reprint here. Playing dead on a child's grave is a particularly haunting line. All of them startle me into a doubletake. Thanks for your tribute. On an only dimly related topic, you don't seem like an Iowa Workshop kind of guy—but you are definitely a special one.

You're welcome Bill. As for Iowa, I met a guy while I was in the service, a college kid who later went got into the Iowa Workshop and talked me into coming out to Iowa City. I didn't have a BA so they wouldn't let me in right away, but I talked them into letting me work on both degrees at once and George Starbuck who was the head then, when other objected to letting mien said it would be good for the other students to have this "older" (25!) working-class, married veteran with a family in the workshop with them. I learned a lot from those fellow students.