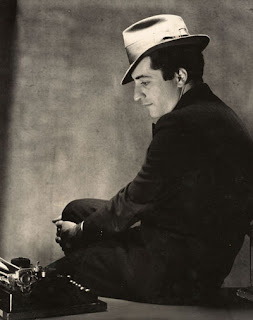 Throughout my late teens I thought what kept me from total self-, and otherwise, destruction was the wisdom and solace, and most importantly the identification, I found in books, and the three main authors whose books "kept me alive" before I discovered William Carlos Williams and Frank O'Hara or began to comprehend the great spiritual and philosophical works I'd already begun reading (or at least began believing that I comprehended) were Walt Whitman, James Joyce and William Saroyan.

Yesterday would have been Saroyan's 109th birthday, which made me think of him, though I think of him most every day, if not read a little in one of his books. I have a photograph in a frame over or near wherever I've been writing since it was taken in the 1970s, of him and me and a few others at The Franklin Library when I worked there in the only 9-to-5 job I ever had (and only stayed at for less than two years), but I've never scanned it so you'll have to take my word for it.

I see quotes from him on the Internet now and then that express his unique genius. The son of Armenian immigrants who spent a few years of his boyhood with his siblings in an orphanage after his father unexpectedly died, William swore he would make it as a writer when he dropped out of school early in his life and by the time he was in his twenties he was on his way to becoming one of the most widely read and most influential writers in the world (Kerouac, another writer I identified with, made clear the influence Saroyan had on him early on).

But William Saroyan is pretty much forgotten now, partly because of his personality and his choices in his later life, partly because of changes in critical and academic taste and trends, partly because he pissed off the wrong powerful people in the literary world of his times. But at one time he was the most famous writer in the world.

If you haven't read anything of his and are interested, here's some of his books I'd recommend which I'm sure can be found on the Internet:

From his early years these three volumes:
THE DARING YOUNG MAN ON THE FLYING TRAPEZE (an early collection of the original and technically varied short stories that first made him famous and influential)
MY NAME IS ARAM (his most popular book, a series of autobiographical short stories)
THE HUMAN COMEDY (a WWII home-front novel based on a movie script he felt Hollywood ruined and so he wrote this novel to set the record straight and it became an enormous best seller at the time.)

He became a playwright in his twenties as well, as a challenge to himself because he had proclaimed that he could write a prize-winning play and then did (his arrogance, or you might call it self-confidence and belief in himself from long before anyone else believed in him, was partly what motivated critics and others to eventually turn on him), so here are three of his most successful plays:
THE TIME OF YOUR LIFE
HELLO OUT THERE
MY HEART'S IN THE HIGHLANDS

After WWII and his pacifist and humane response to all impacted by it got him in trouble with some critics for seemingly having too equal a perspective on all combatants (including the Germans) his books became less popular and among them these three are my favorites:

THE ASSYRIAN AND OTHER STORIES
ROCK WAGRAM (a novel about Hollywood that also made him some enemies)
TRACY'S TIGER (an inspiring, at least to me, romantic fable and my favorite)

After 1960 saw his first memoir (though much of his previous writing leaned on stories from his actual life) he published mostly collections of true stories from his life organized by some simple device like places where he'd lived or people he'd known whose obituaries appeared in one of the Hollywood trade papers, etc. Here's my three favorites of those later books:

HERE COMES, THERE GOES, YOU KNOW WHO (the first official memoir or autobiography, this more or less put him back on the literary map in his new role as a once famous author looking back on his life in his old(er) age)
PLACES WHERE I'VE DONE TIME
DAYS OF LIFE AND DEATH AND ESCAPE TO THE MOON (an "I did this I did that" kind of meandering dailiness almost-diary that is full of details some might find tedious but I find compellingly honest and sometimes profound, like this from the "August 16" chapter:

"...human affairs still continue to be the consequence of mistakes, misunderstandings, and myths...") 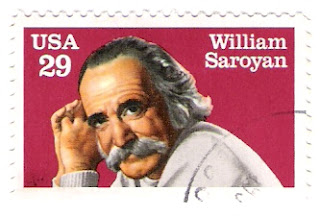 [PS: Just noticed I made a bunch of "trinity" lists above without a big struggle, first time since the 2009 brain operation a list came so easily again...yay!]
Posted by Lally at 11:21 AM