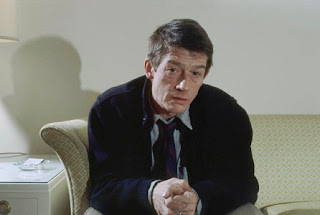 I never worked with him, nor met him (as far as I can remember), but I would love to have done both. He was one of the greatest actors to ever work in film, period. To get an idea of the range and depth of his creative gifts, I recommend watching these three films: THE NAKED CIVIL SERVANT from 1975 where he portrayed the gay pioneer Quentin Crisp and captured him perfectly, THE ELEPHANT MAN, 1980, where he played John Merrick in one of the most moving performances ever filmed, and 1990's THE FIELD where he played Bird O'Donnell, Richard Harris's lead character's flunky. Three characters so different you can't find the same man in them anywhere. And the latter, "Bird," is an Irishman, so if I commend an Englishman playing one of "my people" (when I often rant against English actors being cast for "Americans" and "Irish" etc.) you know he nails it. Condolences to all his family and friends, and to his fans, of which I consider myself one of the most ardent.
Posted by Lally at 10:51 AM