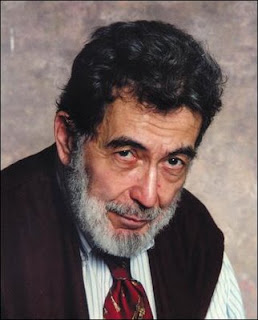 I didn't know Nat Hentoff personally, though I was in the same room with him a few times, and was briefly a colleague of his, you could say, since we were both columnists and writers for The Village Voice, though him for over fifty years and me for only a few years in the late 1970s and early 1980s.

But I knew who he was from my teens on, first discovering his reviews in Downbeat, the jazz magazine, in the 1950s before I discovered The Village Voice and his wider cultural criticism and commentary there. He was also a political writer and a memoirist whose opinions and positions I didn't always share but respected.

He lived a long, productive, fulfilling life, by all accounts, including his, so good for him, and may we all be able to say the same when our time comes.
Posted by Lally at 12:08 PM