IT'S A BEAUTIFUL DAY 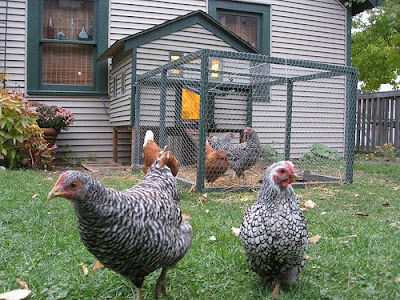 That U2 refrain has been going through my head for the past two days. After another mini=heat wave (and another on the way) the past few days and today have been extraordinarily beautiful. Perfectly warm but breezy, blues skies but with those puffy whites ones that don't auger storms but instead seem there just to enjoy and watch float slowly by.

It's made me think about yesterday's post and the negative feelings I was projecting about the seeming ability of the rightwing propaganda machine to hypnotize people into believing what's worst for them is what they need and vice versa.

But the fact is, until Rupert Murdoch gets replaced by a "liberal" nemesis (too bad George Sporos doesn't use his fortune to buy up the media as Murdoch has done), it looks like there's not much we can do about the influence of FAUX NEWS et. al.

But fortunately, there's also a lot of good news that doesn't get much attention but is pretty interesting and comforting. Like the fact that a lot of what we used to call "third world countries" and now call "developing countries" are actually doing better by many measurements, including economic growth and recovery from the Great recession, than the USA and other so-called "advanced" countries.

Not that I don't want my country to do well. But I do want us to stop using up a majority of the world's resources so we can get fatter and consume more junk etc.

The Great Recession has impacted countries all over the world, but most South American countries are doing better than us and most of Europe interestingly, as are some Asian and African and even "Mideastern" countries, like Turkey. I think that all bodes well for an evening out of the playing field and the rewards of play.

And within our own country many things are improving. Some of the fastest growing businesses are about the movement to eat locally and leave less of a carbon footprint. The raising-your-own-chickens biz being one of them. And one dear to my heart as my father once bought a bunch of little chicks to sell to families for Easter (over half a century ago this is) only got them too early and they were too ugly by the time Easter arrived so I grew up with a chicken coop in the back yard and our own chickens for dinner. (check out backyardchickens.com).

And there was an article in last Sunday's NY Times about how even though the spotted owl is disappearing in the Northwest, the battle to save it led to Clinton's setting aside a lot of federal land for old growth forests and ended up creating a growing ecology and tourist business as well as preserving a lot of the ecosystem.

So, all in all, as throughout history or in any given moment, there is what someone will see as "bad" and "good" but in the end is just reality, for which I try to be grateful—and then go ahead and work to change what I think needs to be changed.
Posted by Lally at 3:14 PM