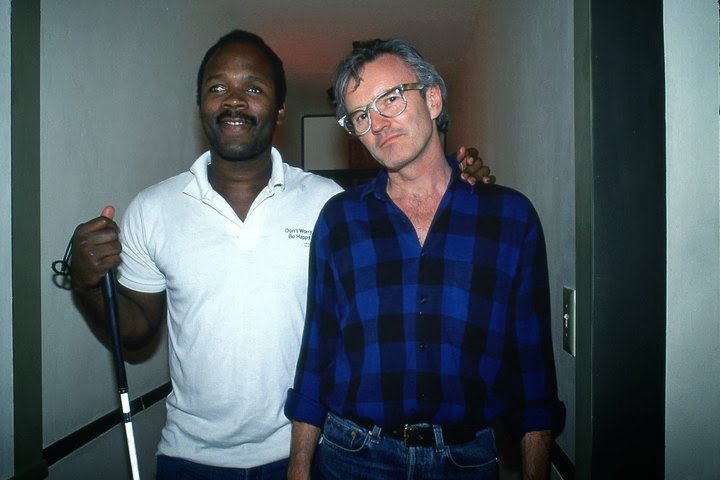 Poet, writer, actor and judo champion Lynn Manning and me around 1992?. 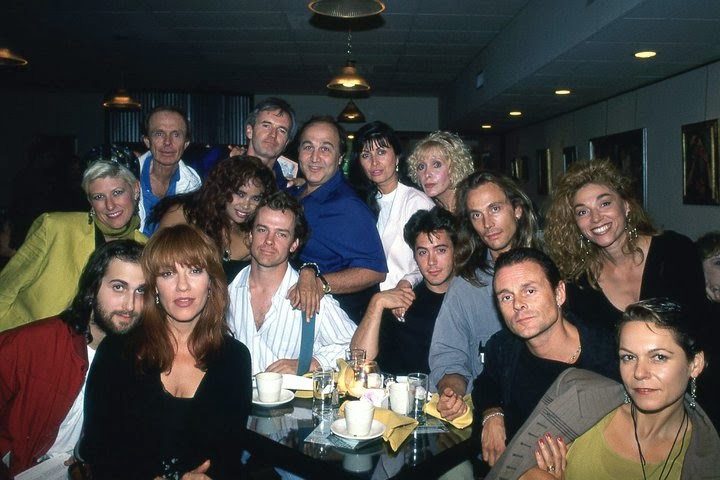 Poet/screenwriter Tommy Swerdlow (COOL RUNNINGS) leaning into actress Katy Sagal; poet/comedy writer Anne Beatts (SATURDAY NIGHT LIVE) behind them; writer Hubert Selby Jr. behind her; poet/singer/songwriter Yvonne de la Vega leaning into poet/actor Michael O'Keefe; behind them me; poet Jack Grapes and poet/director/producer/etc. Eve Brandstein and the late comic Lotus Windestock; actor Robert Downey Jr. in front of her with actor/poet etc. Michael Harris leaning over him; and actor and rocker Michael Des Barres in front of him with a French actress behind him whose name I can't remember [thanks to Susan Hayden for reminding me it's Myriam Mezieres]; and in front of her a French director whose name I can't remember! (I'm so sorry) at Club Largo after a Poetry In Motion reading c. 1990? 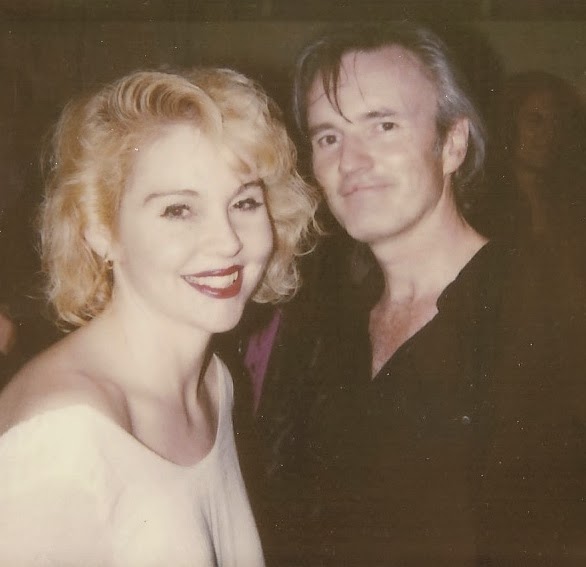 Australian actress Linda Kerridge and me in a Hollywood club, probably Helena's 1989. 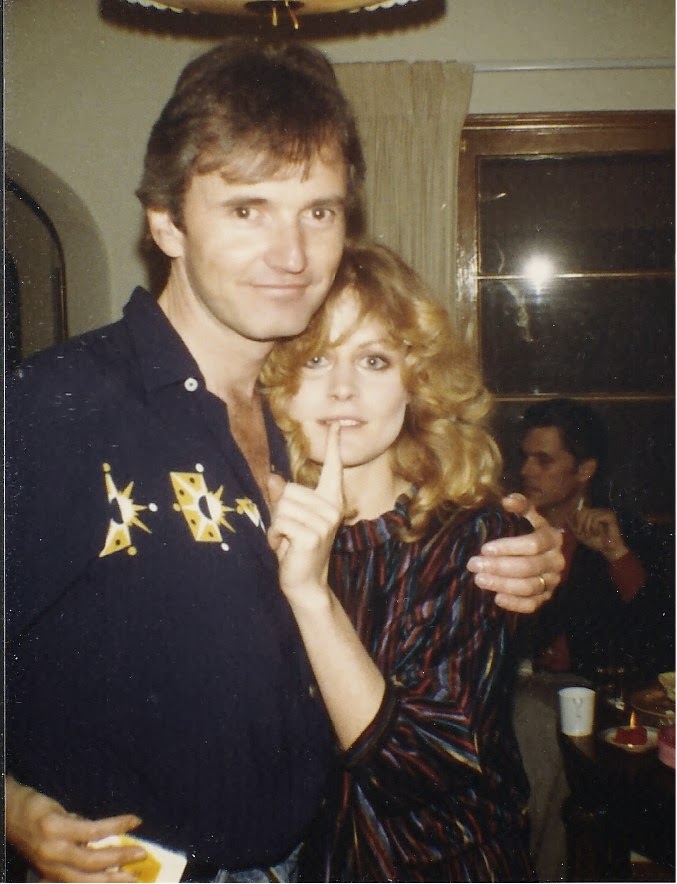 Me and actress/singer Beverly D'Angelo in my Santa Monica home c. 1982. 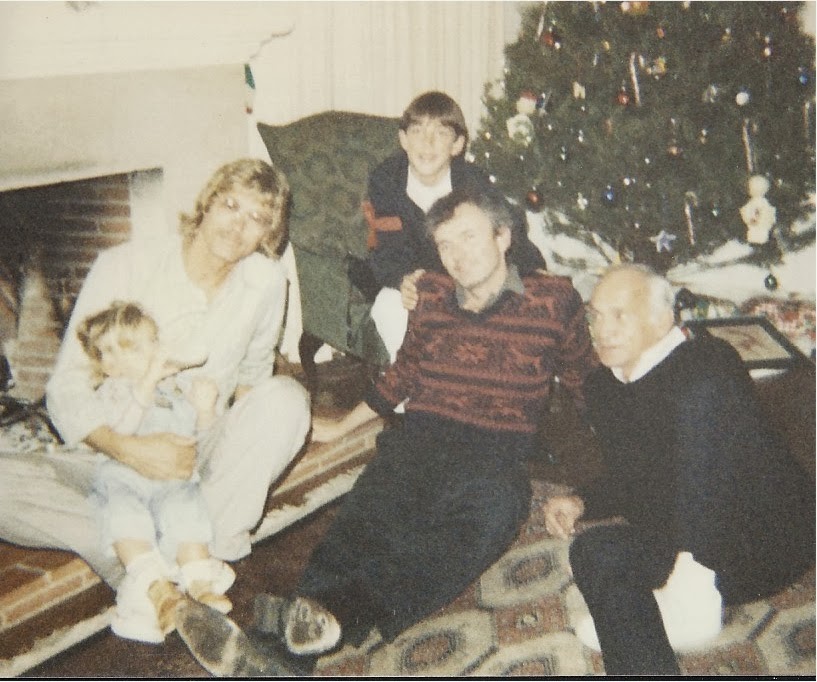 Great musician the late Sandy Bull with his child in his lap; my oldest son Miles behind me (in a sweater that was my oldest brother's from when he was a little kid in the 1930s!); and the late great jazz saxophonist Buddy Arnold, in my Santa Monica home in 1983 or 4. 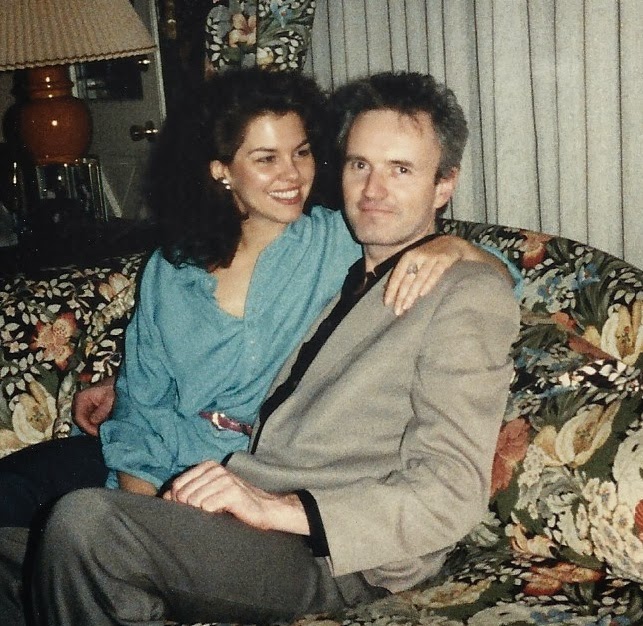 The late producer and woman warrior Joan Baribeault and me c. '91? 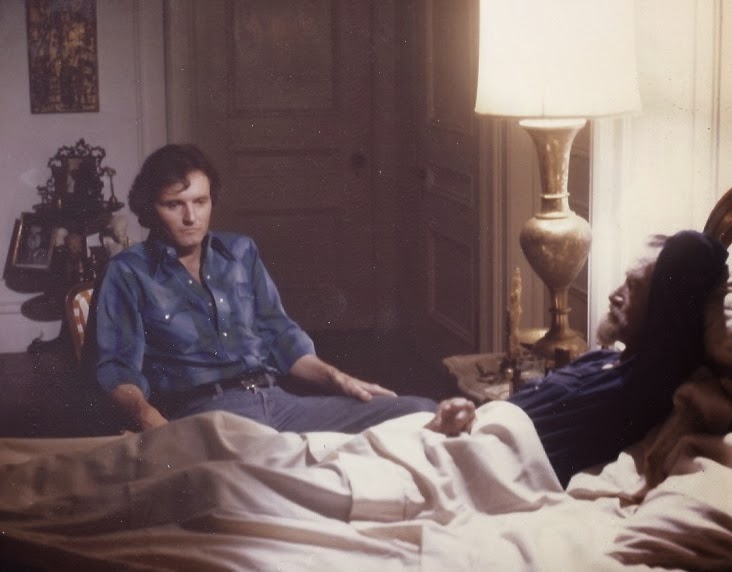 Me and John Carradine in one of his last roles, (not officially L.A. since the movie was made in upstate New York, but my first real "Hollywood" type experience), 1979. 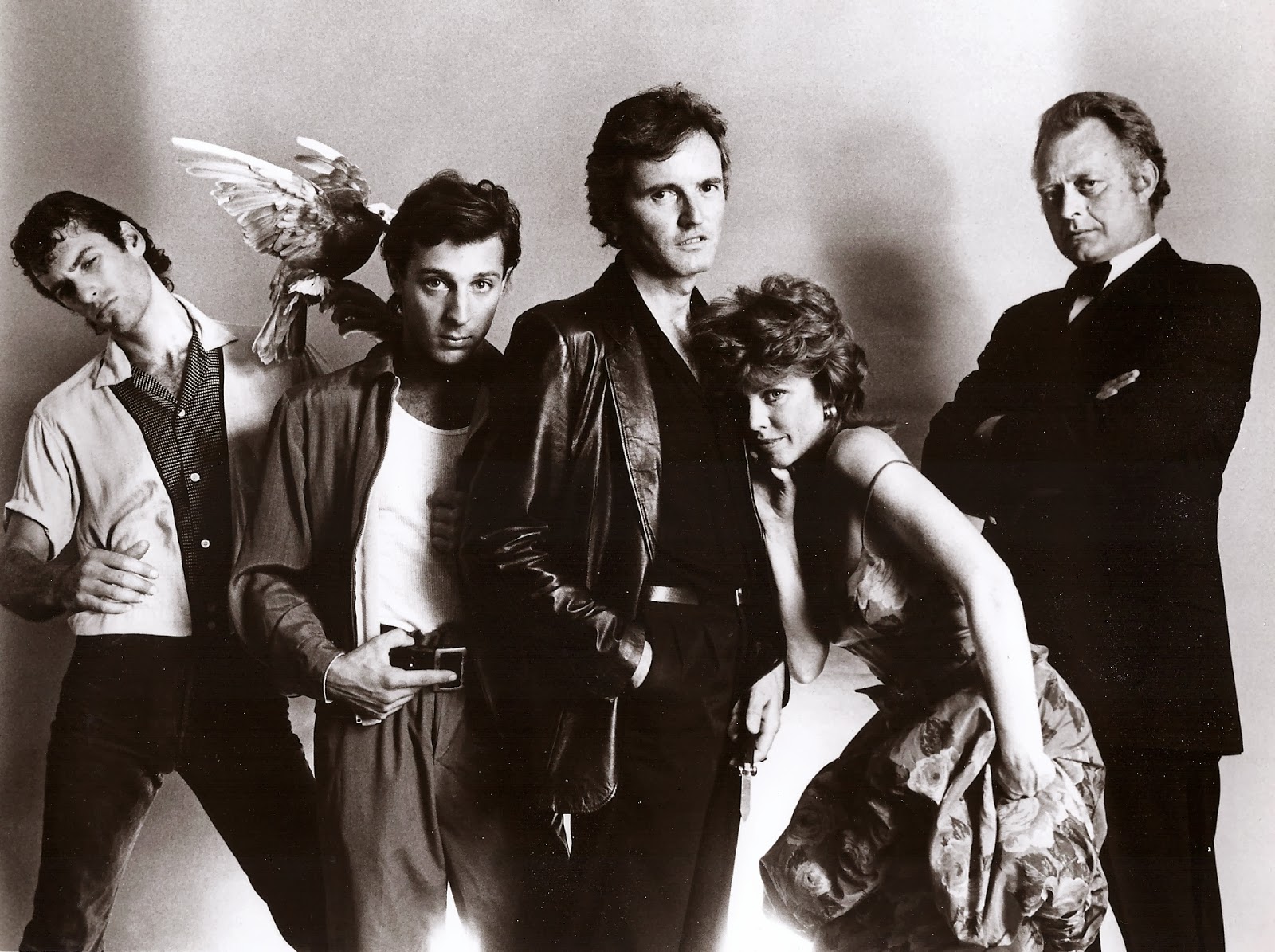 Magician/actor Albie Selznick (in a shirt of mine); acrobat/juggler Nathan Stein (in a jacket and belt of mine); me (can you see the open switchblade in my hand?); actress Penelope Milford; and actor/writer Winston Jones, in a publicity shot for my play HOLLYWOOD MAGIC c. 1983 or 4.
Posted by Lally at 11:09 PM

That picture of you and Joan really got me. Damn I miss that girl to this day.