Today it was announced that the unemployment rate went from 8.3 to 8.1 per cent, a big change for the good. But there is and will be no acknowledgment of that by Republicans who are all in the thrall of their rightwing corporate and media masters.

Their response to this change for the good will be to dismiss it as a fact that only hides a worse reality because people have stopped looking for jobs or because the job creation numbers weren't as good as some expected etc. And I would accept that IF when it went in the other direction, from 8.2 to 8.3 they hadn't make a big deal out of how these numbers reflected the failure of Obama's policies!

In other words Obama can't win for losing, or to use another cliche, they will always move the goalposts so they can be smug in their dismissal of their president because they only revel in his failure no matter the consequences for the country and all of us. Just as they couldn't and can't even credit him for Osama Bin Laden's death when he initiated the policy, saying the capture or death of Bin laden was now a priority and he would even pursue him into Pakistan if necessary, where the previous administration after failing to get Bin Laden declared one man wasn't such a big deal and Romney said he would never pursue Bin laden into Pakistan.

And not only did Obama initiate that policy, he made the call to risk his political future on what could have turned out like Carter's attempt to rescue the Iran hostages, an event that contributed mightily to Reagan's beating Carter in the election that soon followed. Obama was aware of that yet took the risk to  fulfill a promise Bush/Cheney were unable to keep. But as soon as the cheers quieted Republican leaders in the Congress and media declared that it was The Seals that did it not Obama. The Navy Seals certainly deserve credit for their bravery and professionalism, but last time I checked they don't act without orders and under Bush/Cheney they never got those orders and under Romney according to his own statements they wouldn't have either.

The rightwing stalker on this blog commented first thing this morning on how the miserable jobs news was another sign of Obama's failure, although he put it in much more derisive and rightwing parroting anti-Obama words. But the news isn't bad. It's not as good as we all would want to see, but it is still good in ways that matter. Jobs WERE created, not as many as some expected or the economy needs to get out of the hole Bush/Cheney put us in with their unpaid for wars and giant tax cuts for the richest among us, but under them we were LOSING jobs and this month's figures show that I think for the thirtieth month our economy has been creating jobs (there have been more manufacturing jobs created, for instance, under Obama than in decades and under Bush/Cheney these jobs were sent overseas by corporations who get no tax benefit for keeping them here, something Obama has been trying to pass but has been obstructed by rightwing Republicans). 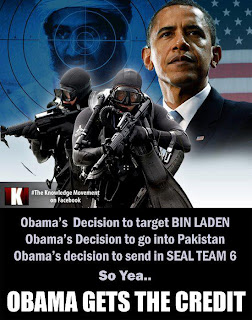 Anyway, I'll try to skip the politics for a while and get back to what saves my soul and my sanity, the creative endeavors of artists and writers and filmmakers and poets and writers and friends strangers and kids and the rest of us.
Posted by Lally at 1:03 PM

I have "refuted" so many lies the rightwing stalker to this blog has posted t the comments threads over the years without ever seeing him concede that he had lied or that the facts proved he had lied etc. that I decided to delete him when he lies to at least stop one tiny cog in the rightwing propaganda machine. But it is a sad situation. He leaves the same kinds of inane lies and misdirections on friends blogs, some of whom closed down their comments sections as a result and others who just stopped blogging. It is the right's basic tactic. As they are doing now in ad campaigns funded by the Koch brothers and others in swing states where ads that have been proven to be lies keep running nonetheless and the ill informed or too busy to dig deeper voters barraged with the repeated lies begin to accept them as fact which is the only way Republicans can win because based on the facts on almost every level Democrats have done a better job on foreign affairs and the domestic economy and furthering the freedoms of those previously restricted than Republicans, So, I'll continue to delete him when he lies or curses me and others out.

I read "Jim's" excuse/diatribe/spew before it was rightfully deleted where he made the same old lame excuse for not showing his face behind his cheap, hateful, prejudiced pot shots. "Jim", if you do not have the balls or integrity to show your face, then you are a coward by the standards of any society. And therefore, you do not deserve to be at this table. Man up, little boy.

even after I am dead I wouldn't vote for a Republican...

especially now that The Tea Party is "driving their bus"

and our nation 'over a cliff'

I finally figured it out. "Jim" is Michael Lally's literary piece de resistance, a fictional distillation of our societal cancer designed keep us focused on what's important and real. This explains why, after years, this self proclaimed history expert claims to not know how to put his picture on his postings. same like clark kent and superman never being in the same place together. Brilliant Michael, pure genius. Sorry to out you brother, but I think we all get the point and are fully committed to the real mission and vision.

"Jim," you have no business calling anyone a coward. You're too much of a wimp to show your face behind your lies, and then you add another lie by claiming you don't know how to get your picture on your comments. You are the only coward in this forum and as such, you deserve no respect.

The buck stops with us!!!
Maureen O'Dowd on OBama