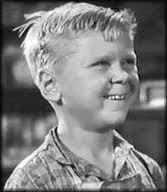 I met him on the set of a TV movie that he was directing in the early 1980s and found him to be an amazingly humble and gracious man considering his early fame and the power and influence it gave him in Hollywood. He had a long and productive and successful life and the few other times I saw him always seemed happy and grateful. May he rest in peace.

I met Artur Laurents only once and was able to thank him for his contribution to one of my favorite works of art, WEST SIDE STORY. He became famous, at least among those who notice and care about writers in theater and movies, for writing the books for WEST SIDE STORY and GYPSY [see this NY Times essay], as well as for writing the movie—one of my favorites—THE WAY WE WERE.

I was embarrassed as a boy for loving musicals and would have been as a man for digging movies like THE WAY WE WERE (I mean, Barbra Streissand! etc.) if I hadn't been going through a period under the influence of the newly generated, and inspirational to me, so-called "second-wave" of feminism as well as the burgeoning "gay revolution." The influence of those movements on my thinking made it possible for me to allow myself to express feelings and taste contrary to what had been the standard perspective of what it meant to be male when I was growing up.

Laurents contributed to that with a play he wrote that never got much attention and isn't being mentioned in any of the obituaries I've seen or heard. It was called, if I remember correctly, THE ENCLAVE, and was about a male couple trying to live a "normal" life in the suburbs before the so-called "gay revolution" had any impact, in fact written just after the "Stonewall Riots" that inspired that revolution, and—as far as I know—the first serious play or work of art I'd seen about a "gay" couple, and one seemingly no different than any "normal" "straight" couple.

The play moved me, and helped me understand the ways in which gay men and lesbians had been not just discriminated against but misunderstood and mischaracterized as "other" when, as the play made clear, many of them were no different than most folks, especially when it came to love. I couldn't help my enthusiastic and emotional response given the opportunity to let Laurents know at a party afterward (it was the Washington DC premier of the play as I remember it).

And he was very gracious about it, though also clearly adamant about his right to be who he was and feel the way he felt about his longtime companion who he lived with (but was unable to marry legally) I believe for over half a century. A record I—and a lot of men and women considered "straight—haven't been able to match.
Posted by Lally at 10:35 AM

I doubt if I'll ever watch more of "The Way We Were" beyond the few minutes I've already seen.

On the other hand, "West Side Story" is fascinating in so many ways. The love story, tho it doesn't last, is just so bouyant.

NYC in the late Fifties/early Sixties is always interesting to me, as is the gang life it depicts - probably frightening at that time but now a knife fight seems almost quaint.

I wish I could watch it right now.

I think you're missing something with THE WAY WE WERE man. It may be a little shiny in its production qualities, a little too "Hollywood" etc. but the story and the acting turn out to be pretty impressive. james Woods has one of his first supporting roles in it, and there's several scenes, one in particular, where Streisand deserves an oscar for what she manages to convey with no words. And Redford gets to use his "ordinary Bob" golden boy persona to score some pretty realistic and maybe even profound in their own way points, thanks to Laurents writing. But then, I've always dug Redford AND Sterisand (not everything they've done but certainly a lot of it and what they've tried to do given their personas established so early on), so I don't come in with any pre-judgement of them and what they're capable of.