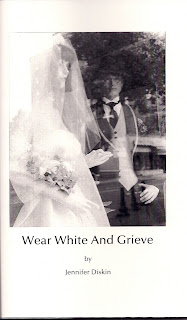 A couple of weeks ago I attended a benefit for The Academy of American Poets at Alice Tully Hall in Lincoln Center. It's a large venue and every seat was taken for what was essentially a poetry reading, though the readers were almost exclusively folks who had gained critical acclaim in other arts.

For instance the star of the film THE SOCIAL NETWORK, Jesse Eisenberg, read two Delmore Shwartz poems, if I remember correctly, and the novelist Michael Cunningham (THE HOURS etc.) read a poem of Frank O'Hara's ("Lana Turner Has Collapsed") among others, though very unlike O'Hara he read it almost aggressively, confrontationally, and that was part of the charm of the evening, hearing people read poems I'm familiar with in ways I wouldn't and in some cases the poets who wrote the poems wouldn't.

Others who read included Carolyn Kennedy Schlossberg (two Elizabeth Bishop poems) Adrian Brody (some lyrics from a Biggie Smalls rap were part of what he read in what I found to be a bit of reverse pretension) and Alec Baldwin  read a great haiku I can't remember who wrote but was a Kenneth Rexroth translation and Edgar Allen Poe's "Annabel Lee" which he brought to life in a way I hadn't expected or could have predicted but was uniquely his take on it, and so on.

The only one with poetry credentials in the bunch was Patti Smith who read a Rimbaud poem and another I can't remember now and then ended with a great rendition of the coda to Ginsberg's "Howl"—"Holy, holy, holy" etc. that was the highlight of the evening according to the audience response, that and a poem about Katrina and New Orleans read by the jazz great Cassandra Wilson that also brought down the house.

The audience was surprisingly knowledgeable about poetry, surprisingly to me anyway, which shows my own prejudice about people able to afford tickets to such an event (not many of the practicing poets I know could, and I had the good fortune of having been invited as the guest of one of the readers). It was heartening to witness such obvious support and love of poetry, and I only wished there had been a few more obscure poems and poets brought into the evening.

One such poet is Jennifer Diskin. A fellow poet gave me Diskin's collection of poems, WEAR WHITE AND GRIEVE, because she wanted to turn me on to her work, and it succeeded. Diskin lives in Scranton and writes a kind of personal narrative poetry that a lot of poets do (including often me) that is surprisingly difficult to make work. To create something unique in this form isn't easy or all that common. But she manages to do it.

Partially that's because her perspective feels unique when you read her, and partially I suspect it's because her frame of reference is a bit unique (quick, how many Scranton poets can you name, though in fact there's a thriving poetry scene there, as there is almost anywhere these days despite the general media tendency to ignore that reality) and partially because of her passion for poetry.

A great example of that is her author's note on the back which includes this: "She can't get enough of poetry, friends, Billie Holiday, and reading, reading, reading. She loves poems and would marry one if he were available."

You can see from that how already she's telling her story differently and yet completely accessibly. And it's no coincidence that Billie Holiday is on her list of what she can't get enough of. Like Holiday, Diskin's voice is original and plaintive in its own way, and equally as resilient and almost ironic in the face of disappointment and tragedy.

A lot of Diskin's poems in this collection are too long to quote in their entirety—like the knockout opening "Electric City"—and not all are about the trials she has faced that her poems are specific about in details but not in over all analysis (I'm assuming she suffers from some form of cancer and is still a fairly young woman), but here's one that gives a taste of her skill and clarity:

The doctor prepares my hip.
I've taken my Atvian.
I lay on my back.
There is no Barry Manilow Mandy
piped into the oncologist's office.

I lay on my back
and listen.
He tells me
My marrow will travel to New York City
to be studied.

Numbing takes a long time, then
the dull kiss into the bone.
As he pulls the needle through,
he says to the nurse he puts
white lights on his Christmas tree.

You read Newsweek in the waiting room.
Even when you hold my hand,
I miss touching.

Once the sample is collected,
the ache doesn't stop.

Put your fingers in my side.
My bruise is a blue delphinium
a spring I invent
surreal with snow.

Though it's produced as a "chapbook" there's a lot of poetry inside (55 pages worth) and if you can find it on the web to purchase, I highly recommend you do.
Posted by Lally at 9:49 AM

Seems to be available at this site (about a quarter of the way down the page).

Thanks for finding the link Miles. Now folks, support this less known poet and but her book! And Miles, check out the link I just posted in the PS above.

Jennifer Diskin that you speak of here is a friend of mine. It is with a sad heart that I tell you that she lost her battle to Lymphoma this past Sunday. I sit here at my desk, trying to prepare myself to go to her funeral at 10:30. It is so hard to say goodbye to a friend. I just hope that people keep her spirit alive through the wondeful memories she has left in our hearts and her poetry that I hope touches many people in the future. I will miss her a lot! </3